The Bank of Canada Delivers a 50-bps Rate Hike, Says More Are Needed

As was widely expected, the Bank of Canada raised its benchmark lending rate by 50 basis points on Wednesday, bringing it to 1.00%. 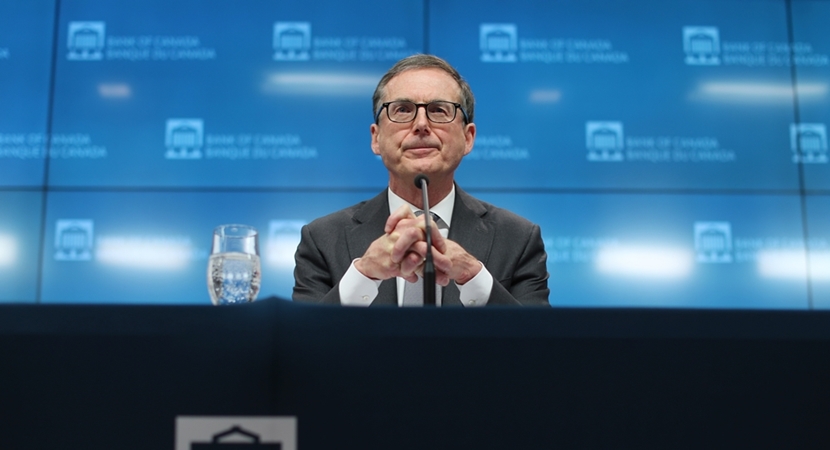 This is the first half-point rate increase from the central bank since 2000, and follows a quarter-point rate hike in March.

But the Bank isn't done yet, saying in its release that more rate increases will be needed.

"With the economy moving into excess demand and inflation persisting well above target, the Governing Council judges that interest rates will need to rise further," reads its statement.

"There is an increasing risk that expectations of elevated inflation could become entrenched," the BoC noted. "The Bank will use its monetary policy tools to return inflation to target and keep inflation expectations well-anchored."

During a press conference following the rate announcement, BoC Governor Tiff Macklem said borrowers should expect the overnight rate to rise toward the Bank's updated neutral range of 2-3%. But he acknowledged the Bank may need to take rates "modestly above neutral" to bring inflation back to target.

"Macklem’s comments suggest a higher peak in the overnight rate than the 1.75% we saw last cycle," Nye wrote. "But we think the bank’s forecast for GDP growth of 3.2% and 2.2% in 2023 and 2024, respectively, would be difficult to achieve if it followed the market path and lifted the overnight rate to 3% by mid-2023."

Is another 50-bps hike in June in the cards?

Even before today's announcement, many observers anticipated a strong likelihood of another 50-bps rate hike at the Bank's next meeting in June. Today's comments from Macklem have nearly cemented that expectation.

"As a result of the Bank's upbeat view on growth, their concerns over inflation becoming entrenched, and their upward revision to neutral, we are lifting our call on BoC rate hikes by a further 25 bps for this year," wrote BMO's Doug Porter.

What it all means for variable-rate mortgage holders

The big banks and other financial institutions are now expected to increase prime rate again in the coming days.

Typically, prime rate moves in lock-step with the Bank of Canada’s overnight rate, but not always. In 2008 and 2015, the banks didn’t pass along the full extent of BoC rate cuts, and instead lowered their prime rate by a smaller amount. And in 2016, TD arbitrarily raised its mortgage prime rate by 15 bps.

A half-point rise in Canada’s official prime rate would bring it to 3.20%, raising rates for variable-rate mortgage holders, as well as those with personal and home equity lines of credit.

A 50-bps rate increase translates into a roughly $25 higher monthly payment per $100,000 of debt, based on a 25-year amortization.

Those with floating variable rates will see their payments rise, while those with fixed-payment variable mortgages will have more of their payment go towards interest and less towards principal repayment.

The Bank of Canada's Latest Forecasts

The Bank of Canada also released its latest Monetary Policy Report (MPR) today. Here are the highlights of its updated forecasts:

"These revisions are primarily related to the consequences of the invasion of Ukraine, which has driven up commodity prices and exacerbated supply disruptions," the Bank said.

The Bank also announced the start of quantitative tightening (QT), which will see its Government of Canada bond purchases end later next week.