Some odds and ends from the week's mortgage rate action… 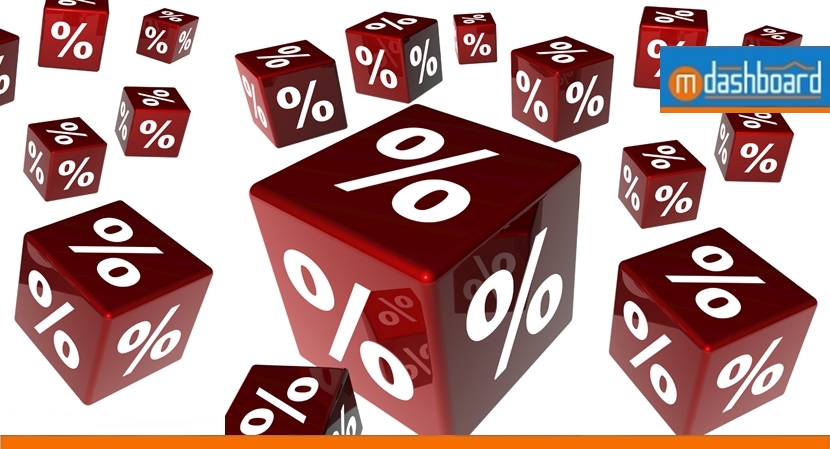 One can be forgiven for wondering why the BoC cut the overnight rate ¼ point on Wednesday when its official "core" inflation measure is above target.

As it turns out, core inflation (which has stubbornly risen to 2.3%) doesn't tell the whole story. Governor Stephen Poloz believes the "underlying trend" is actually much lower at 1.50% to 1.70%. "The Bank of Canada tries to strip out transitory factors in determining the underlying trend," explains DLC Chief Economist Dr. Sherry Cooper. The biggest transitory factor at the moment is the boost in import (input) prices caused by our plunging loonie.

"But this is not inflation," she explains. "Inflation isn't a one-shot increase in prices. It's an ongoing spiral up in prices."

Don't get too hung up on the BoC's 2% inflation guideline either, Dr. Cooper cautions. "Inflation targets aren't meant to be binding without judgment," especially with the "R word" looming.

The DoF may tap the brakes again

Seven years of mortgage rules can't keep the major markets down. Debt levels and home prices continue deviating from incomes, despite the Department of Finance's efforts.

With this week's cut and record real estate numbers, things have gotten interesting. When you get heads of real estate companies joining the BoC's chorus about housing vulnerability, you can rest assured that policy-makers are on high alert.

TD was ready for the rate cut. It announced a 10 bps reduction in its prime rate just 12 minutes after the BoC's statement. It seemingly wanted to set the trend and perhaps get out in front of consumer backlash from banks withholding part of the quarter-point cut.

TD's move would have been well played, had the other Big 5 matched its rate. But they didn't. RBC, the biggest kahuna in Canadian mortgages, decided to trump TD's less generous rate and drop prime by an extra 5 bps to 2.70%. "They just wanted to make TD look bad," said one capital markets source.

Not to lose face (and business) over a 5-bps-rate difference, TD quickly relented and matched 2.70%. Being first to announce prime rate entails a lot more reputational risk than it used to.

The Banks Stole My 10 Beeps

About 1 in 4 mortgagors has a variable rate. And they choose variables because they expect to receive every basis point of BoC rate cuts.

But big banks haven't been in a giving mood lately. They've passed along only 60% of the benefit of the last two rate cuts. This latest "spread pocketing" has driven the prime – overnight difference up to 220 bps, 45 bps higher than in 2008.

Here's a look at how the prime – overnight spread has been creeping up.

RBC cited this as its reasoning for passing along only 60% of the rate cut:

"Our decision is consistent with the rate adjustment that we made in January when the Bank of Canada previously lowered their rate. It is meant to balance the interests of our clients who are always top of mind, with the costs that we incur to provide our products and services."

What bank critics don't acknowledge is that

The interesting part is that this time around, you can barely hear any consumer outcry in the media—compared to when the banks last pocketed some spread in January. And that's just the way banks like it.

Coming Up Next for Rates

The markets are pricing in a fair probability of another BoC cut on September 9, 2015. By then, the Bank of Canada will have data confirming if Canada is in a technical recession, more visibility on oil prices, as well as two more employment and inflation reports.

If the BoC lowers another quarter point, there's a good chance that banks will again hold back some of the cut.

As for fixed rates, 5-year yields have been in a clear downtrend and the 0.55% record low is just 15 bps away. If yields makes a new low, fixed rates will do the same. But the same margin concerns that kept banks from lowering prime ¼ point will also keep the average 5-year fixed – bond yield spread closer to 165 bps than the 135 bps of old. In other words, we may not see overly generous fixed-rate discounting for some time.