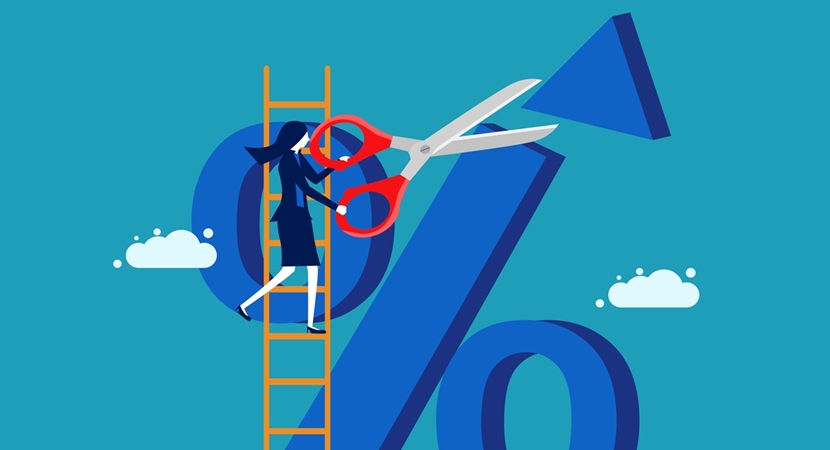 Over the past week and a half, certain lenders and national brokerages have reduced rates by between 10 and 15 bps. According to data from MortgageLogic.news, the average nationally available 5-year fixed rate is now 5.07%, down from 5.19% over the same period.

The move follows the recent decline in the 5-year Government of Canada bond yield, which typically leads fixed mortgage rates.

Fixed mortgage rates haven't been too responsive to recent fluctuations in bond yields, which have bounced around since September.

But that could change if bond yields remain at these lows or trend further downward, and borrowers could start to see more fixed mortgage rates starting with a 4- rather than a 5-handle.

"If charts are the footprints of money, the feet are running from long swap trades—so much so that the 4-yr swap (a leading indicator of 5yr fixed mortgage rates) has broken down through its uptrend and support," tweeted Rob McLister, editor of MortgageLogic.news. "Not coincidentally, many 5-yr fixed rates ended the week down 5-10 bps."

While it's not known how sustained this rate reversal may be at this point, "the market is betting the trend change is real," McLister added. "Barring another inflation black swan, and dead cat bounces aside, uninsured 5-yr fixed rates in the 4s are a decent bet, by or before Q1."

Predicting rate moves lately has been a fool's game

Trying to predict where fixed mortgage rates are heading has been difficult, if not impossible, over the past several months.

Both bond and equity markets have experienced extreme volatility, responding—at times drastically—to economic data as market participants try to identify trends in everything from inflation and employment to home prices and economic growth.

Ryan Sims, a mortgage broker with TMG The Mortgage Group and a former investment banker, has been following that data closely and told CMT he's been reluctant to make rate predictions lately "with so many factors changing by the day."

On top of that, Ron Butler of Butler Mortgage added that markets don't always get it right since they're based on trader sentiment of the day as to where they anticipate economic data is heading. Hence the volatility.

"It's very important to understand that Bank of Canada 5-year bonds are a traded commodity," he told CMT. "The moves that occur are a function of traders' beliefs in trends and changes in data—and sometimes just mistakes—and therefore fluctuations are not always easily understood."

With that in mind, Sims said he believes October's strong Canadian employment result, which showed the creation of 108,000 full-time, was a "one-off" and that the data from here on out will start to revert lower under the weight of higher interest rates and a slowing economy. But markets will have a better idea this Friday when November's employment figures are released.

"I think the economy will struggle from December to June 2023 and rates will trickle down," he said.

Responding specifically to the latest drop in bond yields, Butler tweeted that 5-year fixed rates could ultimately drop 25 to 30 bps, albeit in a slower fashion compared to the speed that they went up.